FBICRC CEO Prepares To Step Down

FBICRC's inaugural Chief Executive Officer, Stedman Ellis has announced his intentions to retire at the conclusion of 2021.

The FBICRC announced the news on Tuesday, saying  "We will miss his steady leadership and booming laugh and wish him all the best as he plans the next phase of his life," as they begin searching for his successor.

Mr Ellis has scored many goals in his time as CEO. Ellis joined the successful bid for Commonwealth funding on behalf of a consortium of industry, government and research participants in 2018 and led the establishment of the FBICRC. Since then, Mr Ellis has helped the FBICRC grow to be an organisation with over 68 partners, invested in 15 key projects across the expanding battery value chain. 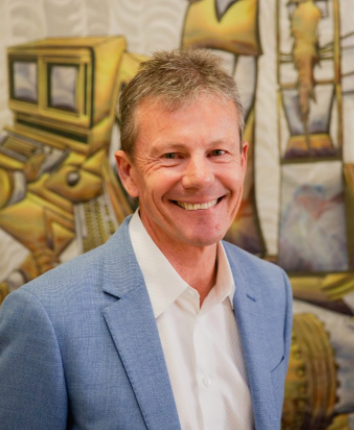 “After an extensive career in industry and government in the resources and energy sectors in Australia and overseas, the opportunity to create the FBICRC from the ground up has provided me with a very rewarding professional challenge," said Mr Ellis.

Mr Ellis played a vital role in forming the building blocks to ensure a transition to a more circular economy. In an interview with FBICRC, Ellis said, “It has been deeply satisfying to work with the Board, partners and the FBICRC team, to develop an organisation and portfolio of projects with such great significance for Australia in capturing substantial economic opportunities from the role batteries are playing in the energy transition".

“I believe the timing is right for the next CEO to build on the important foundations that have been laid and take the FBICRC through the next phase of its development,” Mr Ellis said.

Board Chair Tim Shanahan offered gratitude and well wishes to Mr Ellis saying, “On behalf of the Board, I offer Stedman my thanks and wish to acknowledge his role in the successful start-up of the FBICRC, forging the largest partnership of industry, government organisations and research partners focused on the growth of battery industries in Australia,” he said.

Dispite Mr Ellis' departure, FBICRC plans to continue to expand on current and future projects. “The FBICRC has and will continue to play a key role in supporting governments as they take steps to develop clean energy technologies and add further value to our dominant position as a miner of battery minerals,” said FBICRC Chair Tim Shanahan.

The Australasian Pozzolan Association wishes Mr Ellis a joyous retirement and would like to thank him for the many contributions he has made to support a more circular economy. We look forward to continuing our relationship with FBICRC and working together in the future to achieve common goals.