Concrete on the Moon Using By-Product From Humans

Saving on supplies from Earth, future lunar inhabitants will hold the key ingredient for making a robust geopolymer concrete on the Moon.

NASA’s goal to send astronauts to the Moon’s South Pole by 2024 has spurred rapid exploration into construction materials that would make a suitable moon base. The study aims to find the combination of material that will protect the astronauts from radiation and extreme temperatures ranging from -22 degrees Celsius to -191 degrees Celsius, whilst being as resourceful as possible. The one chemical composition that came out on top meeting all criteria was urine!

The research published in the Journal of Cleaner Production revealed that when moon dust, known as regolith, was mixed with astronaut urine, a malleable and sustainable concrete mixture was achieved. When these materials were mixed with 3D printers, the potential for building optimal moon bases were enhanced.

The second most abundant component in urine (after water), is urea. It’s a molecule that can break hydrogen bonds and therefore reduce the viscosities of fluid mixtures. It reduces the need for water in cement mixes and as it is readily available wherever humans are located, the research indicates it is a promising by-product for space exploration.

When tested whether urea could be used as a plasticizer in the concrete, in comparison to naphthalene and polycarboxylate, the urea mixture produced the strongest results. When extruded out of a 3D printer, the urea and regolith geopolymer mixture proved it was more malleable before hardening into a final, sturdy shape fit for human habitation. 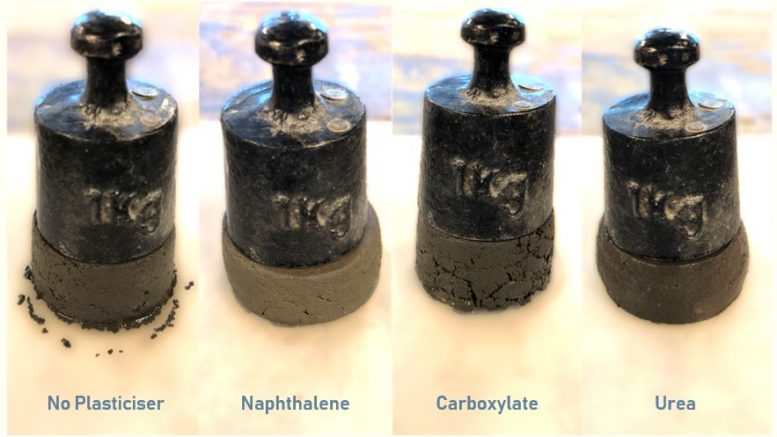 a fresh sample could be easily molded and retained its shape with weights up to 10 times its own on top of it. Credit: ESA–S. Pilehvar

The test involved using a material similar to regolith, developed by the European Space Agency, mixing it with urea and transferring it into cylinders via a 3D printer. Samples were tested to see if they could handle weight loads and were subject to an environment simulating the sharp temperature changes on the Moon. 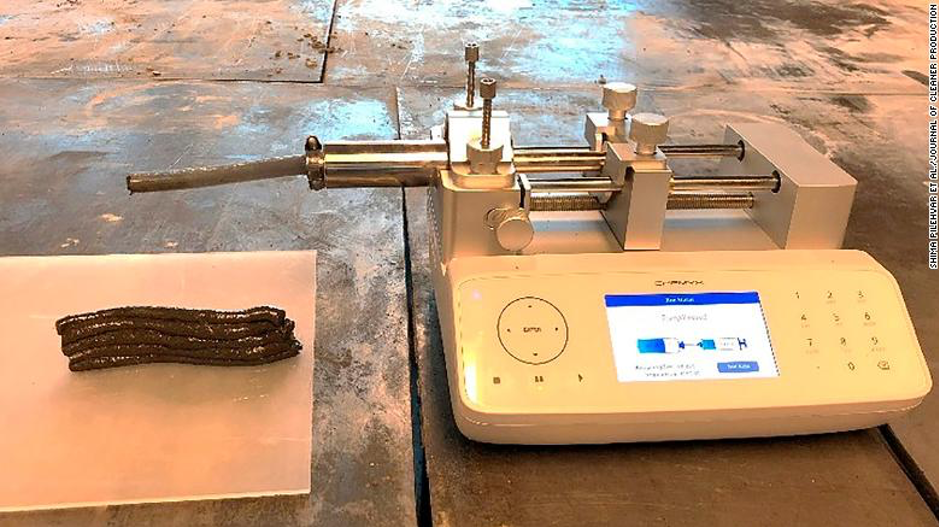 A high-pressure syringe pump was used for 3D-printing the samples. Credit: ESA–S. Pilehvar

The ability to use only materials available on site – an approach known in the space arena as In-Situ Resource Utilisation is a prominent result from the study as it will reduce the need for launching supplies from Earth.

A follow up topic the team of researchers want to address is how basalt fibres from the Moon may be used to reinforce the concrete.